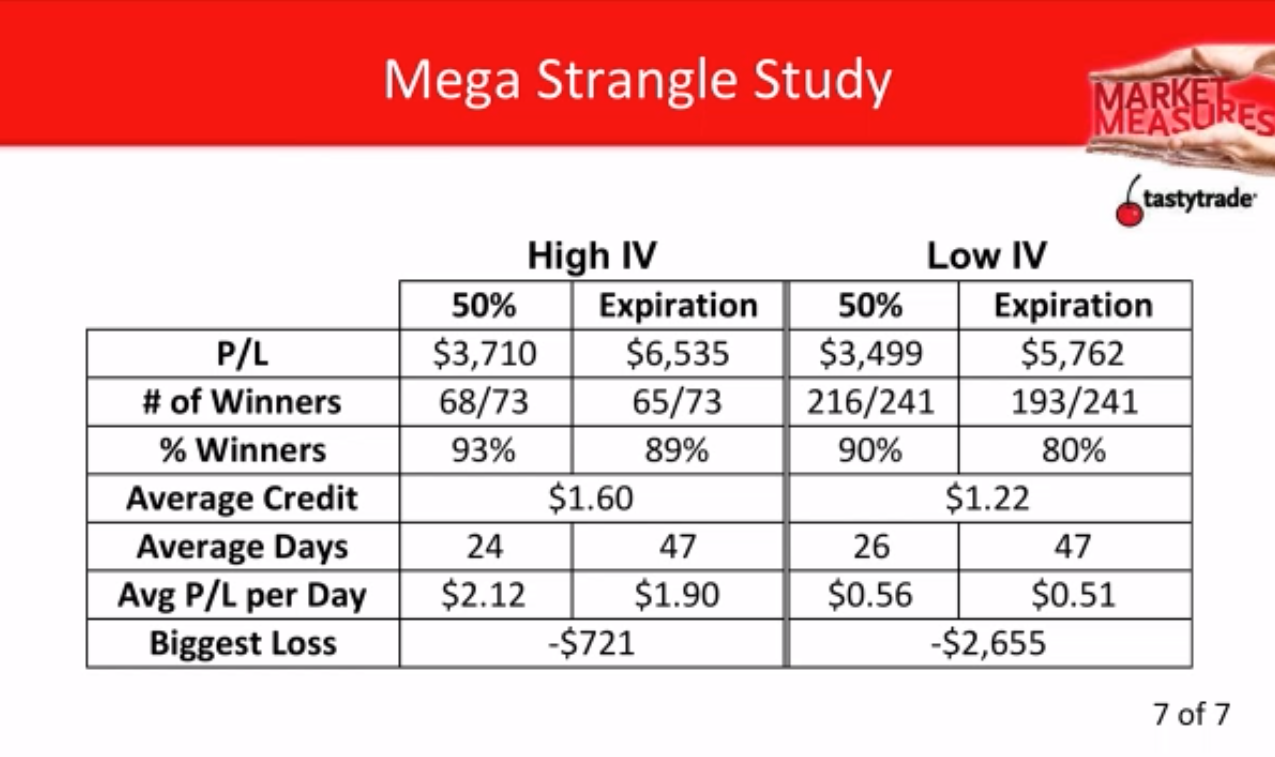 With short strangles being a very common strategy we like to use at tastytrade, we decided to conduct a mega study investigating the strategy's performance in different volatility environments. For the study, we went back approximately 5 years and sold a 1 standard deviation strangle with 45 days-to-expiration in 5 different underlyings on the first trading day of every month. This gave us a total of 314 occurrences.

Over all of the occurrences, managing the strangles at 50% and holding to expiration proved to be successful, returning $7,209 and $12,297 respectively. We also had a much higher win percentage than the option probabilities initially suggested. Selling a 1 standard deviation strangle should be profitable approximately 68% of the time over many occurrences. In this study, managing every trade at 50% of max profit had a 90% win rate, while holding until expiration had an 82% win rate, both being much higher than the expected 68% win rate.

In conclusion, the high IV entries proved to be the most capital-efficient in terms of overall P/L, win percentage, average P/L per day, and largest single loss. The low IV trades were still successful, but not as attractive as the high IV entries. Since high IV occurrences aren't nearly as common, we can still be active by mechanically selling strangles in low IV environments, we just have to lower our expectations for these trades.
2020-10-10 14:20修改 1 条评论
分享 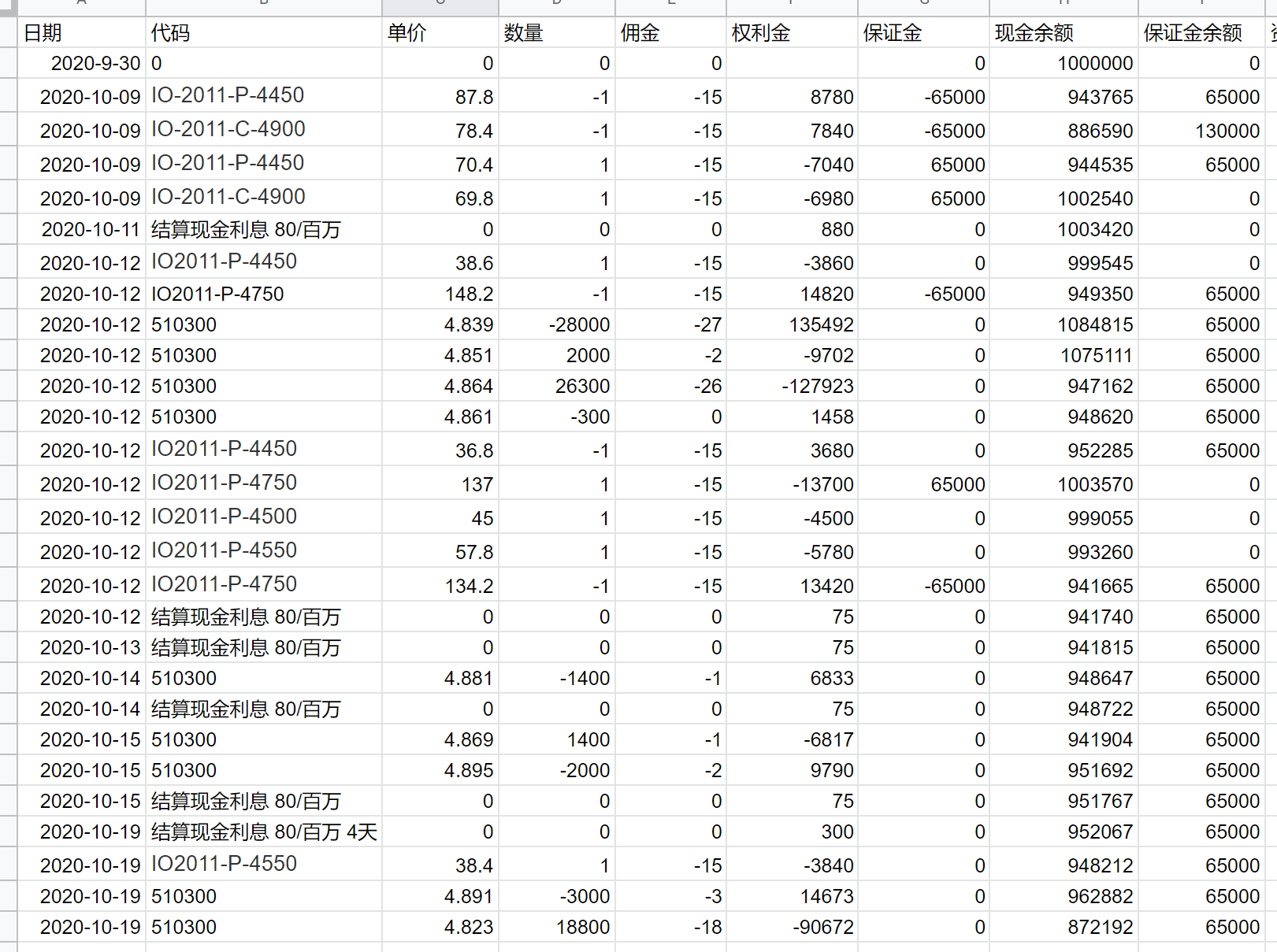 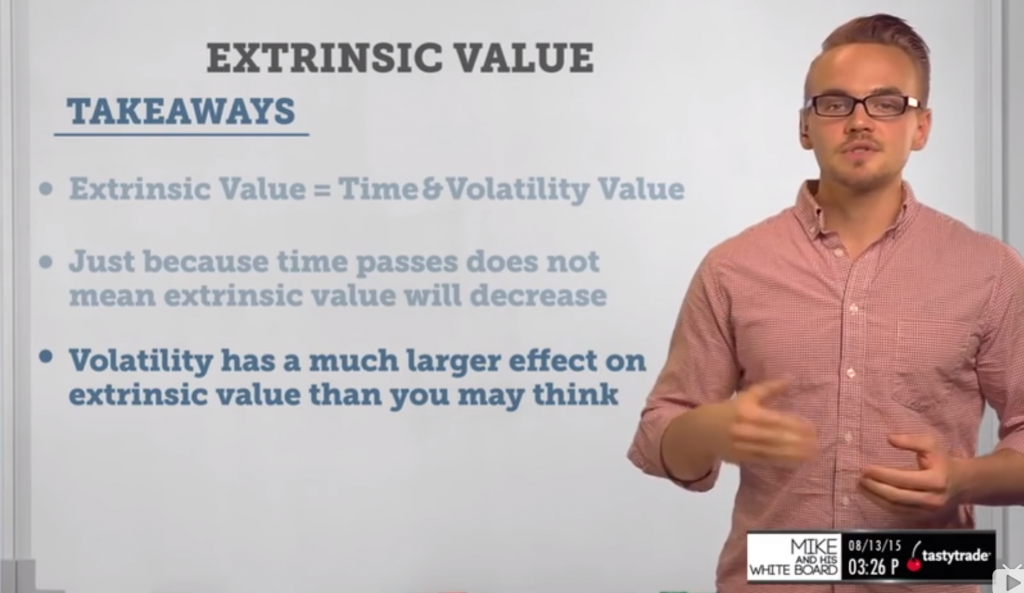